Welcome to Author and Teacher

THE BOOK STORE EVENT FOR DECEMBER 22 AT VISIBLE VOICE BOOKS HAS BEEN POSTPONED.

HAVE A HAPPY HOLIDAY!

It is time to take a trip back to the fabulous 80’s. I first encountered the NOOZ guys when they attended the Opening Day Baseball Parties we threw in the Donald Gray Gardens by the old stadium. Those parties you can file away under ‘you could never do that nowadays.’ They had started their own magazine/newspaper and they would pass out copies of it at the party. The first issue I saw was filled with the coolest stuff, poetry, sports, music, anything and everything about what was hip at the time in Northern Ohio. They would go on and do thirty issues before things like finances (or lack thereof), careers (or lack thereof), relationships, and other adult activities would cause them to go out of the NOOZ business.

Each issue looked exactly like it was, something made on the kitchen table cut and pasted from all sorts of sources. This was before computers and desktop publishing entered the world for most of us.

Over the last twenty years or so Dave Hostetler and I have published a variety of projects, from novels written by friends; memoirs of local legends; a book of poetry written by homeless men; to a cookbook featuring recipes from the place I worked at in college. Almost every project we have done has been unique and fun to do. Over the years, on and off, I have told Dave about the NOOZ guys, and one thing led to another and it has all led to The NOOZ Chronicles. We have taken all thirty copies of the NOOZ, stretching from 1987-1991; scanned each page and cleaned them up; and have published them in one volume.

Each issue listed the subscribers on the back cover. Starting out with just a handful, it progressed to the point where there was hundreds of “NOOZaholics.”

Before Covid hit we held some sort of holiday party at Visible Voice Books or at Sokolowski’s in Tremont. Sadly Sokolowski’s is no more, but Visible Voice is going strong. We will celebrate the publishing of The NOOZ Chronicles, as well as getting through another year, On Wednesday, December 22, from 6:00 to 10:00, at the Visible Voice. Live music by Cats on Holiday, beer and wine specials, and hopefully, a lot of good people. You are definitely invited. Come meet the guys behind the NOOZ, and take home a copy of The NOOZ Chronicles for your library. No home should be without one.

We are back doing what we do best…

You are invited to a holiday party in honor of the publishing of
The NOOZ Chronicles
Hosted by Pink Flamingo Press and Creative Endeavors
Wednesday, December 22, 6:00-10:00 p.m.
Visible Voice Books
2258 Professor Avenue in Tremont
Cleveland, Ohio
Beer and Wine Specials
Music by Cats on Holiday

Please Spread the Word to our Many Friends

My name is Greg Cielec and I am a Cleveland based free lance writer and micro publisher. I am the author of the novels MY CLEVELAND STORY, A POEM ON A BARROOM WALL and the novella HOME AND AWAY GAMES. Over the years I have been a monthly columnist for the Orange and Brown Review, a Cleveland Browns fan magazine; spent time as a music journalist, reviewing CDs and covering shows for several publications and websites including www.coolcleveland.com, Jazz and Blues Report, The Nooz, and the Cleveland Plain Dealer;  and have written for a variety of other publications and websites. I have also been involved in the publishing of a dozen books, as an editor, proofreader, or ghost writer.

As a music writer I wrote the liner notes for the Colin Dussault Blues Project CD “Live at the Main Street Cafe”; wrote a biography of Blues Diva Kristine Jackson for her website; and edited the liner notes for the CD release of the four McGuffey Lanes albums that were originally released on Atlantic Records in the 1980s. I have also written play reviews for productions at the Cleveland Playhouse and the Great Lakes Theater Festival.

MY CLEVELAND STORY (1998), my first novel, sold close to four thousand copies in hardback, and got great reviews (The Plain Dealer’s Michael Heaton called me “Cleveland’s Mark Twain”). HOME AND AWAY GAMES, a novella, came out to equally good reviews in 2007. A POEM ON A BAR ROOM WALL came out in 2015 and was picked as one of the fifty best books of the year by the Akron Beacon Journal.

I am currently the Academic Advisor for Athletes, Assistant Football Coach, and English Professor at St. Thomas University in Miami Lakes, Florida. I have taught and coached at a variety of high schools and colleges over the years.

Along with my old friend Dave Hostetler, I have a micro publishing house called PINK FLAMINGO PRESS AND CREATIVE ENDEAVORS. Not only do we publish our own works, but quality efforts by others. Amongst our recent publications are THE BROWN JUG COOKBOOK; Al Roop’s musical memoir VIEW FROM THE BACK OF THE STAGE; A book of original poetry written by the men of the 2300 Lakeside Homeless Shelter; and the first novel by my old college friend William Bruce Graham. If you got a project you have been thinking about doing and you need some help getting it off the ground, why don’t you contact Dave or I to get it going. We are always looking for new things to work on. 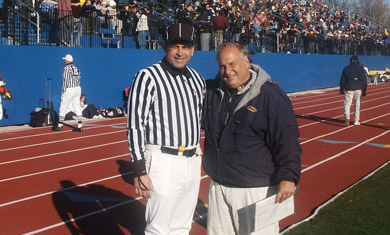 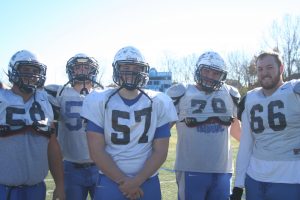 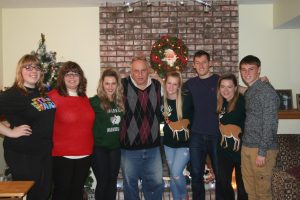 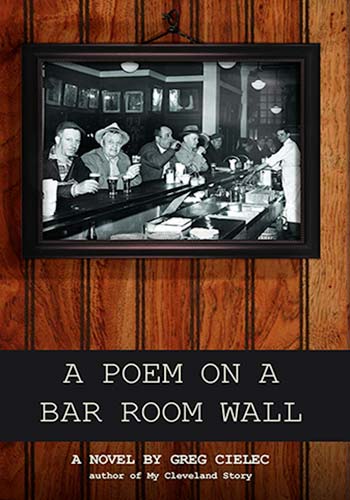 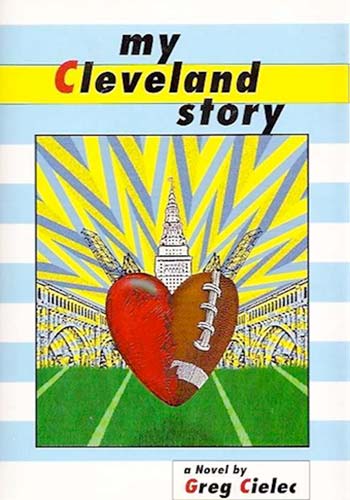